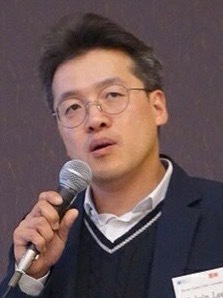 After 10 years at Samsung SDI, Calvin joined DisplaySearch in 2006 as research director where he played a key role in gathering display market data in Korea. He later joined DisplayBank as VP of Marketing, also covering the display market. After DisplayBank was acquired by IHS and merged with other display groups, he joined SNE Research where he covered IT, electric vehicle and battery markets.

Calvin graduated with a degree in electronics engineering from Hong-Ik University. He lives in Seoul with his wife and 2 daughters. He enjoys hiking and golf. He can be reached at Calvin@DisplaySupplyChain.com.