DSCC - Ten Predictions for the Display Industry in 2021 - Japan Site

Ten Predictions for the Display Industry in 2021

To start off 2021, I will continue the tradition started two years ago of laying out some predictions for the year. I consulted with my DSCC colleagues for both topics of interest and for predictions and received contributions from Ross and Guillaume, but I write this column for my own account, and readers should not assume that anyone else at DSCC holds the same opinions.

While I’ve numbered these predictions, the numbers are for reference only; they are not in any particular order.

The trade war with China was one of the signature initiatives of the Trump Administration, starting with a series of tariffs in targeting US imports of Chinese products. A year ago, Trump signed an initial “Phase 1” deal that was intended to pave the way for a wider agreement between the two countries. Since then, the pandemic has upended economies around the world and disrupted world trade, but China’s trade surplus with the US is larger than ever. The Trump Administration shifted their focus from tariffs to sanctions in 2020, hitting Huawei with constraints that have effectively crippled its smartphone business and led it to spin off its Honor brand.

While we will see the end of the Trump presidency in January, we expect that the Biden Administration will maintain the substance, if not the tone, of Trump’s policies on China. Anti-China sentiment in the US appears to be a rare case of bipartisan agreement in Congress, and support for a tough line on China remains strong. While Biden is not likely to pursue new tariffs and may refrain from expanding the list of Chinese companies targeted for sanctions, he is also not likely to relax the measures that Trump put in place, at least not in his first year in office.

Within display industry end-products, only TVs were affected by Trump’s punitive tariffs. The initial tariff of 15% on Chinese TV imports implemented in September 2019 was reduced to 7.5% in the Phase 1 deal, but that tariff remains in effect, and adds to the 3.9% tariff on TV imports from most other countries. Mexico, under the USMCA deal which replaced NAFTA, can export TVs with no tariffs, and the Trump tariffs helped Mexico recover its share of the TV business in 2020. This pattern will continue into 2021, and we expect that TV imports from China in 2021 will be further reduced from 2020 levels. 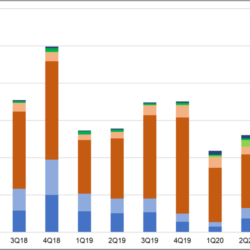 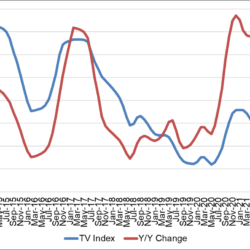 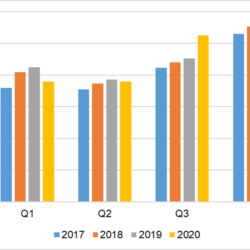