LGD Returns to Profitability in Q3

Rising LCD TV panel prices and a seasonal increase in shipments helped LG Display (LGD) turn the corner on profitability in Q3 2020, as the company reported net profits for the first time after consecutive quarters of losses for the Korean flat panel display maker. While LGD held to its long-term strategy of shifting to OLED, the company indicated that it would be flexible in its plans for LCD.

LGD’s margins all improved dramatically in Q3 from Q2 by between 8% and 12%, with gross margins recovering to 13% and EBITDA margins of 19% hitting the highest level since Q4 2017. LGD badly needs as much EBITDA improvement as it can get, to generate cash to fund its transition from commoditized LCD to OLED, and Q3 gave investors greater confidence that it can generate cash from operations. 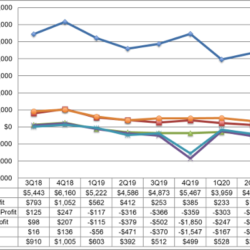 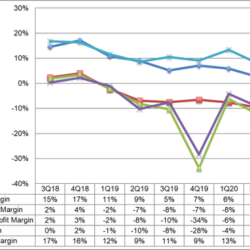 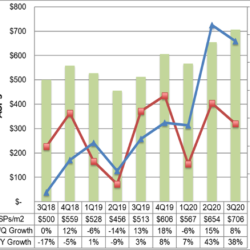 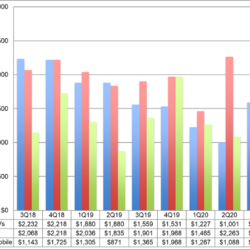